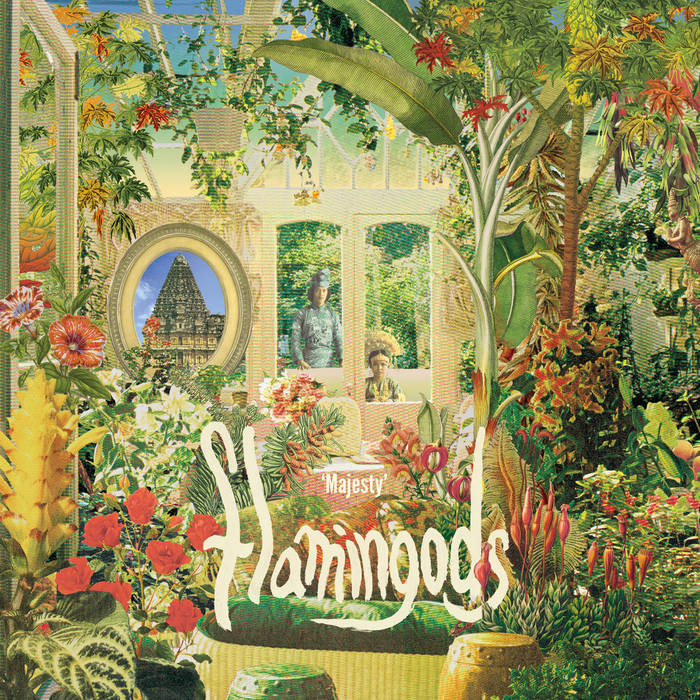 krotix A mixture of psyche, touches of exotica/lounge and much world sounds as well. The band is an interesting blend and that is what appeals to me. Favorite track: Taboo Groves.

Todd Leiter-Weintraub Combines the sound of The Beatles' Indian excursions with that of Spiritualized and Cornership to mesmerize and seduce the listener into an alternate state of consciousness. This one will almost certainly be competing for a spot in my top 5 of 2016.

dan gray chose you in band camp over iTunes. love band camp. found you through band camp weekly; best show. your music is beautiful. thank you

renek(a) If You like Psychedelic-Electro and Krautrock in English Style, than this album is for you! Favorite track: Majestic Fruit.

Flamingods return with ‘Majesty’, the band’s third album and debut release on Soundway Records. ‘Majesty’ is the follow up to the band’s critically acclaimed 2014 sophomore album ‘Hyperborea’.

With this new album the five-piece have taken their sound in a new direction with a rich and multi-layered album brimming with diverse influences that reflect their multi-cultural backgrounds. The shimmering 10-track album crosses blissful psychedelia with a rich spectrum of the band’s sonic inspirations.

‘Majesty’ was written and arranged with a conceptual narrative, cohesive both musically and lyrically, following the story of protagonist Yuka on his journey of enlightenment. The record is split in two, morning/light/good and evening/dark/evil that unravels track-by-track as the record plays out.

The band will be touring ‘Majesty’ at dates throughout the summer. More information here: www.flamingods.com/tour-dates/

"One of my favourite things I've heard this year" Tom Ravenscroft, BBC 6Music

“Prepare to be bombarded by bliss.” The Guardian

Bandcamp Daily  your guide to the world of Bandcamp